Ego can help us achieve great things but also destroy us and hold us back from growing. Being humble is the key to growth and I’ve learned that in my life. Being grateful and appreciative are important qualities to have.

The quest for being the “Best” and making to the “Top” is a draining one. I’ve discovered that the truth is, that there isn’t no such thing as the “Top”. It’s an illusion. You’ll be like a dog chasing it’s tail.  Going in circles. Only to never go nowhere.

IMO instead of trying to obtain worldly pleasures it’s best to chase the things not created by man but by god. Things like inner peace, wisdom, knowledge, mental growth. These are things that are priceless. They’re worth more than any dollar could ever amount to.

Having a large ego will only leave you fighting things that you can’t beat. It’ll have you chasing things that don’t even exist.  Most of things of the world are simply illusions with no intrinsic value but godly things like humility and showing appreciation is real.

We Can’t take anything on earth with us when we die. It’s important to never get attached to this society and always connect with a high spiritual being. Because following man can never bring true fulfillment.

if you dont ‘know this one kill yaself, sampled by wu-tang of course

Buy artwork from the exhibition at: https://www.redbubble.com/people/john&#8230;

Buy artwork from the exhibition at: https://www.redbubble.com/people/johnspainart

Please Contact if you’re interested in buying one of these custom one of a kind covers. Each one is a unique piece of art with substance and meaning. These are not your typical album covers. Great value for any artist looking to create a respectable brand for themselves. Artist need to understand the importance of investing in their own brand. Yes art is important!!! Everything is for you music career. 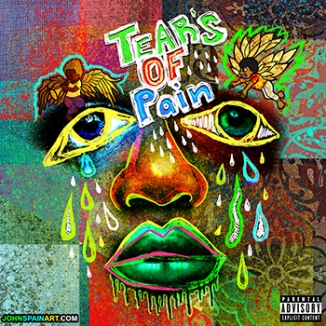 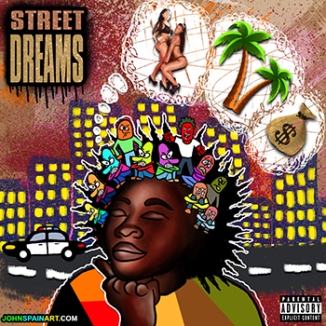 Fuck what your professor or peers are doing. Fuck “trends”. Always do what you want to do creatively.

Art should always be created without rules or boundaries. Art is suppose to talk about humanity. Tell our generation story for future generations so they can get a glimpse into what life was truly like during our time.

Thanks to modern day capitalism art is seen as a “hustle”. It’s turned into consumer goods… instead of being about the craft.

Me personally, I would rather just say fuck it and create whatever I want to create and whatever happens, simply happens…Because the industry is boring, safe, PC and doesn’t speak to people emotionally or mentally anymore. Wheres the passion? Do anybody care anymore? You can still make a living and push the craft forward. Trust me, its possible. You don’t have to create cookie cutter bullshit.

Art isn’t meant to be corporate. That’s why the craft is suffering. Corporations are a facade so any art that you create by default will be a facade.

Time is ticking and our generation will die off in a few more decades. Nobody stays young forever. I think its time to stop creating bullshit and actually push the artform forward. Speak from the soul. Visual art, writing, music, film etc….lol were on the verge of WW3 PLEASE TALK ABOUT SOMETHING!!!! If you hurt somebodies feelings…so what, who cares.

Now repeat that send if to modern rappers…smh

underrated soul gospel and soul tune. Brought to my attention by Fabolous. sampled by:

Networking? Its wack. A bunch of random people fake smiling and interacting to gain something. But what exactly are they getting?

I gotta meet people and get my art out there. I dread this shit, because now I gotta talk to a bunch of phony people that don’t like me. All in the sake of trying to get something. It’s wack man. what am I trying to get?

And god forbid you actually just be honest and say what you really think. People look at you like you pulled out a gun or some shit. In utter horror like “man stick to the script, you know were not suppose to act human and have this superficial robotic interaction.”

NYC is very superficial. Coming from a place as small and imitate as Buffalo it’s laughable. Not all of NYC. Manhattan is weird. It’s like the matrix. A bunch of robots putting on a image like “I’m important, I have a suit and work in some really tall building” its interesting. So this is the “American Dream” they always taught us to chase? Is this what “success” looks like?

People at these networking events are full of shit, why? because if you go somewhere specifically to gain something… you have no choice but to be full of shit.

I’ve been here for a few months and starting to get it. It’s a hustle. Get money by any means necessary. No love, just get paid. This city is basically a rat race to get paid and thats it. A bunch of rats chasing a piece of cheese that don’t even exist.

But the key is to always realize what you see is fake. Do your business and move to a real city with real people.

These are all prepaid album & mixtape covers. Please contact me at johnspainart@gmail.com if you’re interested in purchasing one.

These covers are unique & they’re one of a kind art. Not the standard graphic design used over & over. I’ll add whatever info you want on them free of charge.

You can purchase my work at
https://www.redbubble.com/people/johnspainart
Thank You!!!